Launch of the International Coalition for Safe Plasma Proteins (ICSPP)

The ISBT Working Party on Global Blood Safety initiated the ICSPP as a global coalition to advance access to safe plasma proteins in Low- and Middle- Income Countries. In cooperation with the World Health Organization, this coalition was established to address the global insufficiency of plasma-derived medicinal products that are unavailable or unaffordable in many low- and middle- income countries (LMIC) and the consequent suffering and early mortality of patients with bleeding disorders and immune deficiencies who lack adequate treatments.

Through its projects in LMIC, the ICSPP seeks to reverse the tragic wastage of domestic plasma that could be used, when meeting appropriate quality standards, either in industrial fractionation, or else, initially locally to prepare safe intermediary protein therapies.

The founding members of ICSPP include: 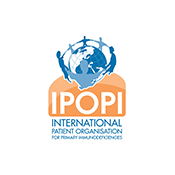 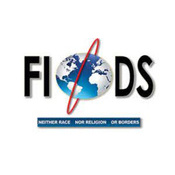 PPTA represents globally the manufacturers of plasma-derived and recombinant analog therapies, collectively known as plasma protein therapies and the collectors of source plasma used for fractionation.

These prominent international organizations represent the major components of the blood chain including blood and plasma donors, blood establishments, transfusion medicine specialists, patients with bleeding disorders and immune deficiencies and manufacturers of plasma-derived medicinal products. Additional organizations may join the ICSPP over time.

The ICSPP provides a platform, hosted by the ISBT, for the participating organizations to cooperate in initial support of the “WHO Action Framework to Advance Universal Access to Safe, Effective, and Quality Assured Blood Products 2020-2023” and ongoing activities aligned with the recent “WHO Guidance on increasing supplies of plasma-derived medicinal products in low- and middle-income countries through fractionation of domestic plasma.”

ICSPP will operate in close cooperation with relevant components of WHO under a Memorandum of Understanding between WHO and ISBT and will promote public-private partnerships towards its goals.

A first project has been initiated in Dakar, Senegal to enable sustainable local preparation of virus-inactivated cryoprecipitate as a source of Factor VIII, von Willebrand Factor and fibrinogen to address unmet local patient needs.

Future projects in various countries will focus additionally on local production of small-scale/pathogen-reduced concentrates of immune globulins and on fractionation of domestic plasma through contracts with foreign fractionators.