The virtual session "COVID-19 Immunology" was recorded during the ISBT Summer Highlights on July 16, 2020 and included three talks: 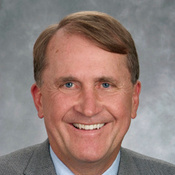 Michael Busch earned his MD and PhD degrees at the University of Southern California followed by residency training in Pathology, Laboratory Medicine and Transfusion Medicine at the University of California, San Francisco (UCSF). He is currently Director of Vitalant Research Institute (VRI) and Senior Vice President for Research and Scientific Affairs at Vitalant, a national network of blood centers and donor testing laboratories. He is also a Professor of Laboratory Medicine at UCSF. Michael is one of the world’s leading transfusion medicine scientists, well-regarded for his ground-breaking work in such transfusion-transmitted diseases as HIV, HBV, HCV, HTLV and West Nile virus and protection of the nation’s blood supply from these and other emerging pathogens including ZIKV and SARS-CoV-2. He has published over 550 peer-reviewed scientific articles, editorials and book chapters. Michael is a member of the Transfusion Transmitted Diseases Committee of AABB, the Research and Development Advisory Committee of Canadian Blood Services and several World Health Organization panels.

It's all about Microbiology

The Infectious Surveillance of Blood

COVID Antibodies: The proof is in the bag